Silverwood is a location revealed via an official screenshot on 26 August 2009.[1] It is the 2nd zone that is experienced by Guardians, and they are sent to it after finishing their starter zone.

Silverwood is the main homeland for the High Elves, who are an advanced species and have been around for many centuries. Silverwood also harbors Sanctum,the Guardian Headquarters and where Cyril Kalmar usually resides and also very well defended against Rift invasions. Sanctum is located in the eastern part of Silverwood. Besides this, Silverwood borders Port Scion and is directly across from the shores of Freemarch,home of the Defiants. To the North of Silverwood is Moonshade Highlands, home of Hammerknell and the Dwarves, and to the very West, past Argent Glade, resides Gloamwood, inhabited by the Plane of Death, werewolves, vampires, ghosts, zombies, all sorts of evil manifestations.

The Telaran's main problem on Silverwood is House Aelfwar and a traitor called Prince Hylas, who is the leader of House Aelfwar. The House serves Greenscale and the Plane of Life and the main base of operations for Aelfwar is both The Palisade, a fort made only in days with life magic and usually under assault from The Wanton, and Overwatch Keep,a castle-like structure where Aelfwar scouts Silverwood from atop the towers. The Palisade is located in the northernmost part of Silverwood, while the Keep is located in the center of Silverwood.

Silverwood is also very known for the famous Quicksilver College, a University for the people of Telara who wish to study the art of magic. This College is located inside Argent Glade, a fair community located in the west of Silverwood.

These are the unique Rift events that can open in Silverwood. Participating in the event to close any 10 Major rifts of these type will grant the achievement Silverwood Defender 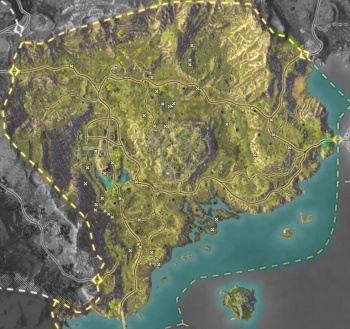 The location of various artifact collections in Silverwood.